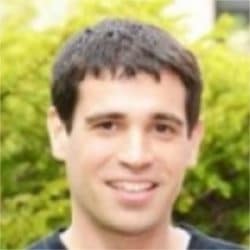 Ben Reis is Director of the Predictive Medicine Group at Harvard Medical School and the Children’s Hospital Informatics Program. His research focuses on understanding the fundamental patterns of human disease and on developing novel approaches for predicting disease. He has created systems that allow doctors to predict dangerous clinical conditions years in advance, including suicide and domestic abuse, as well as predictive pharmacology systems that allow drug safety professionals to identify life-threatening adverse drug effects years in advance. He has advised the US government on establishing national biodefense systems in the wake of the 9/11 attacks, the Hong Kong government on building health infrastructure in response to the SARS pandemic, the Greek government on establishing biodefense systems for the 2004 Athens Summer Olympics, and the Chinese Government in advance of the 2008 Beijing Summer Olympics. He has been honored at the White House for his work on harnessing social networks to promote health, and was selected as a leading global health innovator by the US State Department, USAID and NASA.

Dr. Reis received his PhD from the University of Cambridge as a Marshall Scholar, where he researched the prediction of musical sequences and the learning of musical styles. He completed his postdoctoral training at Harvard Medcal School as an NIH Fellow in Health Informatics, researching the dynamics of genetic expression networks. Before joining the faculty, Dr. Reis worked as a management consultant at McKinsey and Company, and as manager at the Markle Foundation’s Health and Technology program.