Phenotype refers to the set of observable characteristics in a given individual. MGH CGM faculty are advancing our ability to refine disease phenotypes, with goals of improving disease classification as well as facilitating gene discovery.

Faculty Working in this Domain 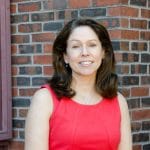 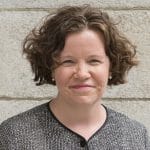 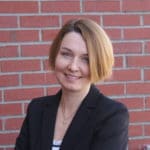 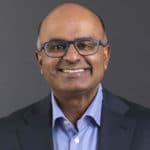 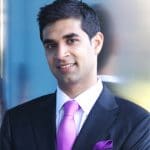 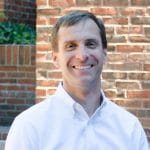 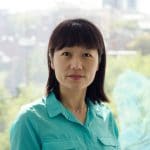 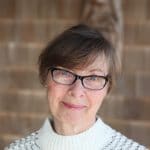 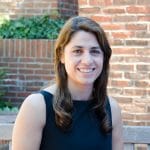 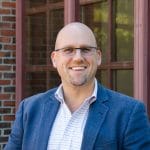 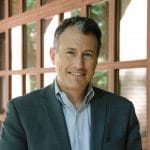 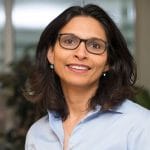 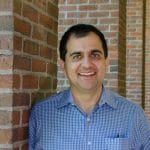 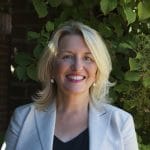 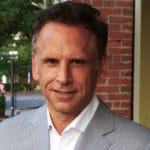 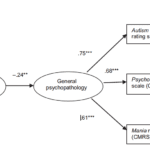 Questions being addressed in the center

Alysa Doyle, PhD
How can we leverage discoveries in neuropsychiatric genetics to improve patient outcomes in child psychiatry?
Alysa Doyle, PhD
What is the role of cognition in the liability that is shared across different forms of neuropsychiatric illness? Can interventions that target cognition improve patient outcomes?
Erin Dunn, ScD, MPH
Are there life stages when childhood adversity is most harmful and when interventions could be most effective?
Sekar Kathiresan, MD
Are there genes which confer resistance to heart attack and can these findings be used to inspire new medicines?
W. Taylor Kimberly, MD, PhD
What novel risk predictors can be identified using metabolite profiling for incident stroke?
Phil Hyoun Lee, PhD
Which neurogenetic risk factors contribute to the onset of psychiatric disorders?
Phil Hyoun Lee, PhD
What is the shared neurogenetic basis of distinct neurodevelopmental disorders, such as autism and schizophrenia?
Marcy E. MacDonald, PhD
Genes that cause and modulate human brain disorders
Patricia Musolino, MD, PhD
How do single gene mutations lead to brain vessel disease and stroke?
Christopher Newton-Cheh, MD, MPH
How do genetic variants influence cardiotoxic response to medication exposure?
Roy H. Perlis, MD, MSc
How do patient-derived cellular models of brain disease differ from those of healthy individuals?
Roy H. Perlis, MD, MSc
How can large-scale electronic health records be used efficiently to identify novel treatments, risk genes, or predictors of treatment response?
Richa Saxena, PhD
Do sleep and circadian behaviors causally contribute to specific disease outcomes?
Jeremiah Scharf, MD, PhD
What are the clinical and genetic predictors of co-occurring neuropsychiatric disorders, tic severity and tic persistence in adulthood?
Susan A. Slaugenhaupt, PhD
What genes underlie the common cardiac disorder mitral valve prolapse, and what do they tell us about valve development?
Jordan W. Smoller, MD, ScD
Can we unravel the genetic and neural basis of psychiatric disorders by integrating genomics and neuroscience?
Amit V. Khera, MD, MSc
What can the molecular signatures of inherited susceptibility teach us about disease biology?

We have developed a research partnership with a pediatric neuropsychiatric assessment clinic at MGH. To date, we have collected DNA and cognitive and psychiatric phenotypes on over 1400 youth referred for neuropsychiatric evaluation. We are growing this cohort in order to conduct cross-sectional clinical translational analyses of common genetic risk variants. We also aim to follow these youth over time to relate genetic risk profiles to young adult outcomes.

Cognitive impairments are found in a range of neuropsychiatric conditions that are known to share genetic underpinnings. In the LOGIC cohort, we are investigating the possibility that cognition partially mediates the genetic risk that is shared across different types of psychopathology.

Throughout out work, we seek to identify sensitive periods, or the “high-risk, high-reward” stages of human development when childhood adversity is most harmful, but when enriching exposures and interventions can offer greatest benefit.

We investigate novel metabolomic predictors of incident stroke in community-based cohorts, using a liquid chromatography-tandem mass spectrometry platform designed for high-throughput metabolite profiling of patient biospecimens. Our group has developed a novel targeted metabolomics method that can detect ~200 polar metabolites in small sample volumes with enhanced sensitivity and reliability. Previously we have applied the technique to predictors of cardiometabolic traits, and have turned our attention to the identification of risk predictors for stroke subtypes.

Cross Disorder Analysis of Psychiatric Disorders. The second line of my research focuses on clarifying the nosologic boundaries and etiologic overlap among mental disorders. Psychiatry is the only medical field that defines disorders based on descriptive symptom profiles instead of pathologic evidence. Thus, to make categorical distinctions between ‘normal’ and ‘disordered’ with respect to mental functioning, arbitrary decisions are inevitable. Furthermore, there is obvious overlap of clinical symptoms across various psychiatric and neurodevelopmental disorders, making it challenging to draw diagnostic boundaries. There is a need to re-conceptualize the nosology of mental disorders that reflects underlying neurobiologic bases. Working towards this goal, I am performing the cross disorder analyses of nine psychiatric disorders currently studied at the Psychiatric Genomics Consortium (PGC) Cross Disorder Workgroup. As of now, we have collected genome-wide association data from 239,551 individuals of 151 PGC study cohorts for this analysis (total of 91,234 cases and 148,317 controls). The final data-freeze of this multi-year international effort is planned in Fall 2016.

Neuroimaging Genetics of Brain Traits. The third line of my research centers on GWAS of brain neuroimaging, behavioral, and cognitive measures. A major motivation driving this work is to study the shared etiology of distinct neurodevelopmental disorders using an integrative analysis of genomic and neuroimaging data. This motivation led to my K99/R00 research of social dysfunction in autism spectrum disorders (ASD) and schizophrenia (SCZ). ASD and SCZ are two of the most heritable and pervasive neurodevelopmental disorders. They are markedly distinct in terms of developmental trajectories and clinical presentations. Nevertheless, social cognitive deficits are central features of both ASD and SCZ. Moreover, converging evidence from recent epidemiologic, neuroscience and genetic studies suggest a potential neurobiological link between ASD and SCZ. My K99/R00 research aims to study whether this overlap in social cognitive deficits reflects common etiological mechanisms or represents artifacts of comorbidity or misdiagnosis.

Using both post mortem pathological analysis and in-vitro modeling of the human blood brain barrier, our group has contributed to the understanding of disease progression and the pathophysiology of adrenoleukodystrophy. We have discovered that the disease-causing geneABCD1 has a specific role in maintaining barrier function in brain microvascular endothelial cells.

We are actively recruiting patients who are starting medications associated with risk of sudden cardiac death due to a ventricular arrhythmia called torsade de pointes in order to determine the role that common genetic variants play in risk of this life-threatening drug toxicity.

We are developing methods for modeling microglia-mediated synaptic pruning in vitro, and are using them to understand pruning abnormalities in schizophrenia and to identify novel treatments.

We are developing ways to make better use of health records and biobanks to drive genetic discovery – for example, understanding the effects of antidepressants on cardiac rhythms.

Causal genetic links of sleep and circadian rhythms to disease. Disruption of sleep patterns and daily rhythms are linked to risk of metabolic, neuropsychiatric and neurodegenerative diseases and cancer. We are using genetic and Mendelian Randomization approaches to understand shared biological pathways and whether sleep or circadian disruption contribute causally to a subset of these chronic diseases.

Brain genomics: the neural and genetic architecture of mental illness

Characterize genetic and non-genetic modifiers of the relationship between rare pathogenic mutations and phenotype.

A specific question we are examining is whether risk for typically adult-onset mental illness relates to traits in our youth clinical cohort that could be amenable to intervention. We have found an association between polygenic risk for SCZ and working memory across diagnoses in our pilot sample.

We have shown that executive cognition associates with dimensions of autism spectrum disorder (ASD), bipolar disorder and psychosis that can be modeled as a general psychopathology factor. We are now extending this model to include common genetic variation. We are also conducting randomized, double-blind placebo-controlled trials of computerized cognitive training in youth with neuropsychiatric illness.

Our work suggests that the developmental timing of exposure to adversity is an important determinant of depression.

Memory, and other executive functioning deficits, are common among people exposed to adversity.

We have also developed a novel metabolomics method that can measure >200 metabolites simultaneously in a small biospecimen volume. We have identified several key metabolites associated with outcome, including the endocannabinoid anandamide, which may serve as a prognostic biomarker for secondary brain injury. In other studies, we have identified that impaired oxidative phosphorylation may be linked to atrial fibrillation-associated stroke risk. These studies may help guide secondary stroke risk reduction, particularly in patients who have embolic stroke of undetermined source.

Partitioning Heritability Analysis to Study the Complex Neurogenetic Architecture of Schizophrenia. Schizophrenia is a devastating neurodevelopmental disorder with a complex genetic etiology. Widespread cortical gray matter loss has been observed in patients and prodromal samples. However, it remains unresolved whether schizophrenia-associated cortical structure variations arise due to disease etiology or secondary to the illness. Our recent work published in Molecular Psychiatry (Lee et al. 2016) addressed this question using a partitioning-based heritability analysis of genome-wide single-nucleotide polymorphism (SNP) and neuroimaging data from 1,750 healthy individuals. We find that schizophrenia-associated genetic variants explain a significantly enriched proportion of trait heritability in eight brain phenotypes (false discovery rate=10%). In particular, intracranial volume and left superior frontal gyrus thickness exhibit significant and robust associations with schizophrenia genetic risk under varying SNP selection conditions. Cross-disorder comparison suggests that the neurogenetic architecture of schizophrenia-associated brain regions is, at least in part, shared with other psychiatric disorders. Our study highlighted key neuroanatomical correlates of schizophrenia genetic risk in the general population. These may provide fundamental insights into the complex pathophysiology of the illness, and a potential link to neurocognitive deficits shaping the disorder.

Leveraging (1) advanced MRI measurements of physiologic parameters to probe white matter microvascular biology; (2) genetic manipulation of human in-vitro models of BBB and; (3) functional in-vitro assays we unravel the molecular mechanisms by which ACBD1 increases the permeability to inflammatory cells. This combined in-vivo and in-vitro approach challenged current paradigms in inflammatory and degenerative disorders of the white matter by demonstrating that we can test the effect of single genes upon BBB function in humans, in a safe and feasible manner to answer clinically relevant, biological questions.

We characterized the relative effects of genetic variation and dietary and intravenous sodium challenge on ANP production in translational work in the MGH Clinical Research Center.

We developed one of the largest cellular biobanks in the world for the study of brain diseases, a key resource for understanding how disease-associated genes contribute to risk, as well as screening for new treatments.

We developed machine learning approaches that apply electronic health records to predict suicide and other causes of mortality in individuals with psychiatric illness.

Leveraging longitudinal electronic health records (EHRs) for phenotyping, genomic analysis and risk prediction. We have developed algorithms enabling high-throughput phenotyping for large-scale genomic studies using natural language processing of EHRs. We also developed and validated EHR-based models that were able to identify nearly half of all suicides and suicidal behaviors an average of 3 – 4 years in advance.

Figure 2. We examined a cohort of 238 patients with SMA with 1,130 creatinine (Crn) observations. Decreased Crn levels reflected disease severity, suggesting that Crn is a candidate biomarker for SMA progression. We conclude that Crn measurements should be included in the routine analysis of all patients with SMA. In future studies, it will be important to determine whether Crn levels respond to molecular and gene therapies.

Familial hypercholesterolemia mutations are present in 2% of those with severely elevated cholesterol levels, but – if present – confer markedly increased risk of coronary artery disease.

A genome-wide polygenic score for coronary artery disease identifies 8% of the population with risk equivalent to a rare monogenic mutation.