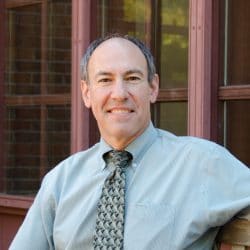 Dr. Sweetser received his B.S. in Biological Science with Honors from Stanford University in 1982, his M.D./Ph.D. at Washington University in St. Louis, followed by a  Pediatric Residency at St. Louis Children’s Hospital, Clinical Genetics and Biochemical Genetics Fellowships at Washington University and the University of Washington in Seattle. He then completed a postdoctoral fellowship with Richard Palmiter, and a Pediatric Hematology/Oncology Fellowship at Seattle Children’s Hospital. He started a Research Program in Leukemia Genetics at Fred Hutchinson Cancer Research Center where he Attended on the Bone Marrow Transplant Service prior to moving to MGH in 2003. He continues clinical work in Pediatric Hematology/Oncology as well as in Medical Genetics and became Chief of the Division of Medical Genetics and Metabolism at MGH in 2011.