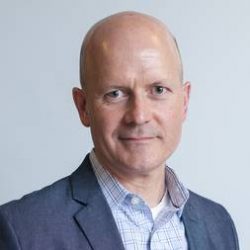 Dr. Flaherty is director, since 2012, of the Henri and Belinda Termeer Center for Targeted Therapy and, since 2014, director of Clinical Research at the Massachusetts General Hospital, and Professor of Medicine at Harvard Medical School.  As described in the more than 200 peer reviewed primary research reports he has authored or co-authored, Dr. Flaherty and colleagues made several seminal observations recently that have defined the treatment of melanoma when they established the efficacy of BRAF, MEK and combined BRAF/MEK inhibition in patients with metastatic melanoma in a series of New England Journal of Medicine articles for which Dr. Flaherty was the first author.  Dr. Flaherty also has been a leader in assessing and identifying mechanisms of de novo and acquired resistance to BRAF inhibitor therapy and clinically evaluating next generation inhibitors, work that has had implications for resistance to targeted therapy regimens used to treat other malignant diseases.  Dr. Flaherty has received extensive NCI funding support with K12, K23, SPORE, RO1, U54 and PO1 grants.  He serves as editor-in-chief of Clinical Cancer Research. He is the principal investigator of the NCI MATCH trial, the first NCI-sponsored trial assigning patients to targeted therapy independent of tumor type on the basis of DNA sequencing detection of oncogenes. He has made major commitments to ECOG as chair of the Developmental Therapeutics Committee and in 2013 was appointed as ECOG Deputy Chair for Biomarker Science.