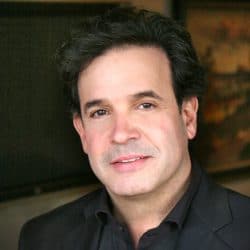 I have been investigating the molecular and genetic basis of neurological disease since 1980 when I participated in the study that led to location of the Huntington’s disease (HD) gene, the first disease gene to be found by genetic analysis. Since 1982, I have been investigating the genetic and molecular basis of Alzheimer’s disease (AD). Between 1987 and 1995, I played key roles in various collaborations that discovered all three genes that cause early-onset familial AD, including the amyloid β-protein (A4) precursor (APP), and the presenilin genes (PSEN1 and PSEN2). In 1993, I discovered the gene responsible for the neurological disorder known as Wilson’s disease. Over the past 25 years, I have collaborated on studies identifying several other disease genes including those causing amyotrophic lateral sclerosis and autism. I currently oversee the Cure Alzheimer’s Fund Alzheimer’s Genome Project. In this project, we first carried out the first family-based AD genome-wide association screens and identified a set of novel AD genes, including ADAM10, for which we validated the pathogenicity of two rare missense mutations in late-onset AD families, and CD33, for which we have documented the mechanism of action in mouse models and autopsied brain samples. Most recently, my laboratory has generated and currently analyzing over 1500 whole genome sequences from the NIMH AD Genetics Initiative Family Sample and other AD families, in which we are identifying rare functional variants for AD. Since 2000, I have also co-invented the field’s leading -secretase modulators that have been emulated by big pharma and are now in clinical trials, in addition to our own clinical candidate. More recently, we characterized these compounds in an AD model that recapitulates both plaque and tangle pathology using human stem cell-derived neurons grown in a 3-dimensional cell culture system. We used this system to validate the amyloid hypothesis of AD by showing that amyloid plaques lead directly to tangle formation from endogenous tau protein. Most recently, my MGH colleagues and I have discovered a normal role for the amyloid beta protein, as an antimicrobial peptide that protects the brain against infection. In this hypothesis, plaques are seeded by microbes and serve to trap pathogenic microbes as part of the brain’s innate immune system. We are now searching for the exact microbes (bacterial, viral, fungal) that populate the AD brain and trigger amyloidosis as part of the antimicrobial hypothesis of AD. I also serve as Director of the Genetics and Aging Research Unit at MGH, which consists of 11 laboratories focusing on identifying risk factors for Alzheimer’s disease, and the mechanisms underlying the etiology and pathogenicity of the genes responsible for Alzheimer’s disease through the application of molecular, cell biological, and biochemical strategies. Our ongoing research in AD follows a basic roadmap, which includes disease gene discovery, translational and functional studies to identify pathogenic gene variants and mutations, molecular biological and biochemical studies to elucidate pathways that have been impacted by disease-associated gene changes, and novel drug screening assays to identify small molecules or supplements that can halt or reverse pathogenic molecular and biochemical phenotypes at the cellular level. I also serve as Vice-Chair of Neurology and Co-Director of the Mass General Institute for Brain Health at MGH.