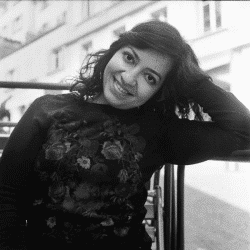 I was born and raised in Iran. After completing my M.Sc. studies at the University of Tehran, I moved to EPFL, Switzerland to pursue a Ph.D degree at EPFL. Since 2017, I am a postdoctoral fellow at the Brigham and Women’s Hospital and Harvard Medical School. Moving forward, I would like to establish my independent research group where I plan to study the human genomics of infectious diseases, especially in non European populations who carry the highest burden of these diseases. I love reading, hiking, and cheese (stinky french cheese paired with the right wine is my favorite).

During my graduate studies in Prof. Jacques Fellay’s Group at EPFL, I studied the role of rare, loss-of-function variants in life-threatening susceptibility to common infections in the pediatric population, including respiratory viruses, bacterial sepsis, and hepatitis B. These studies led to the discovery of the first causal variants for susceptibility to respiratory viruses, showed that extreme susceptibility to common pathogens in children might be due to unrecognized primary immunodeficiencies, have been used in the clinical setting to identify affected family members, and extended the evidence for the role of human genetic variants in infectious disease outcomes. As a postdoctoral researcher in Prof. Soumya Raychaudhuri’s Group at Brigham and Women’s Hospital and Harvard Medical School, I have been investigating how a population’s admixture history can be leveraged to identify new phenotype-genotype relationships. Specifically, I have been studying the genetic basis of height and tuberculosis progression in the Peruvian population. These studies mark the largest genetic studies done in Peru, led to the discovery of the largest known effect for a common height-associated variant, have clinical relevance for genetic risk prediction across populations, and highlight the importance of studying underrepresented populations to get the full picture of genotype-phenotype relationships in humans.